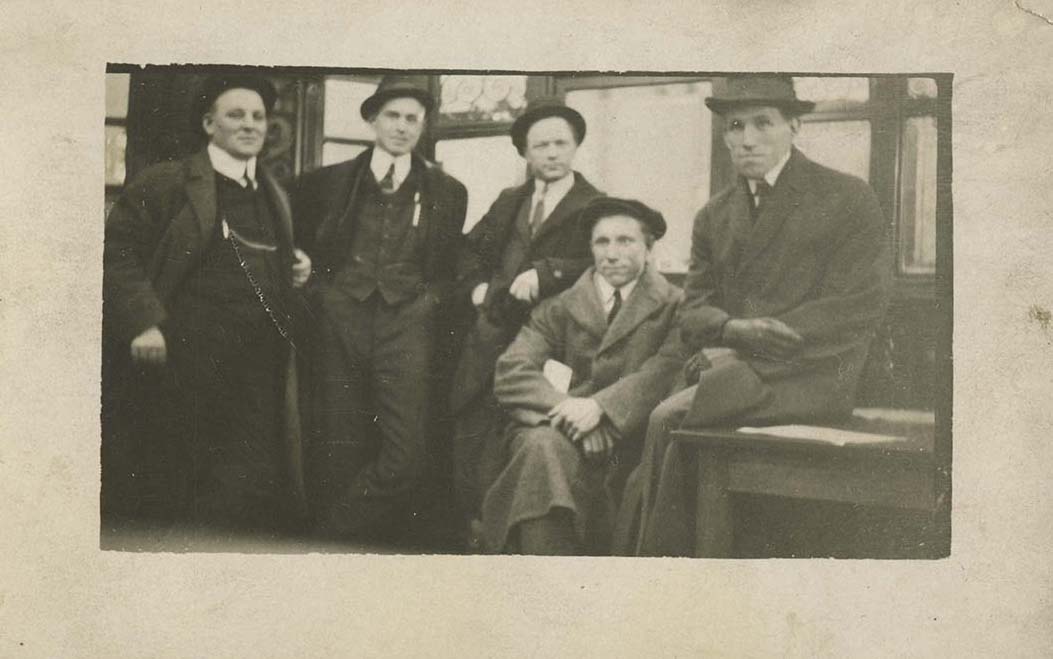 Stanley Purrington was originally from Ogden, Utah and joined the Army in 1918. He and sixty other young men from Ogden were sent to Camp Fremont, California for training. Upon completion of his training he was dispatched to France to become part of the occupying forces at Camp Pontanezen. During his time there, he was a battalion sergeant major in the 8th Infantry. Purrington returned home to Ogden on August 30, 1919. The diaries in this collection detail his time in service from August 12, 1918 to March 26, 1919 and May 29, 1919 to Sept. 28, 1919, along with his experiences overseas. The view book includes photographs and postcards collected by Purrington during his time in Europe as well as some biographical information.