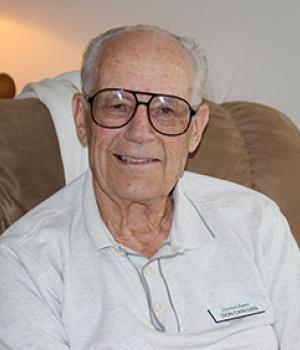 Don Carlsen discusses being drafted during the middle of his senior year into the U.S. Navy. He describes his time serving aboard a troop-transport ship as a storekeeper until the end of World War II. He also talks about attending Weber College, at the lower campus, and spending a summer semester in Mexico. The interview took place on October 11, 2013.