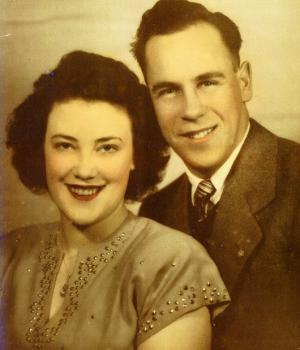 Edward Anderson discusses his early life before, during, and shortly after World War II. On December 21, 1943 Edward received his draft notice the day after his 18th birthday. Edward married his wife Floris on December 30, 1943 just before departing for military service. He continued to serve in the war until 1946, one year after the war ended. The interview took place on May 27, 2012.